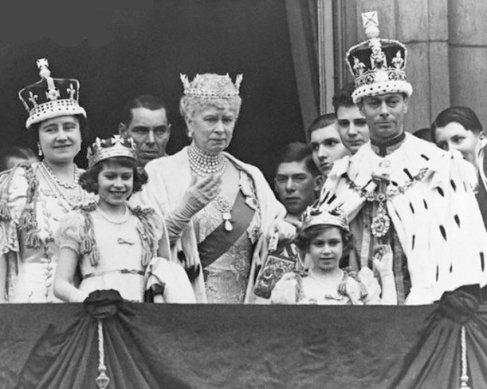 Over on the Cricket Couch, an excellent piece gives prominence to the consideration of the C word – Conformity – in the saga of England’s cricketing organisation.

Conformity is the prized value for all hierarchical cultures with their top down, authoritarian philosophy and supportive ethics.  Conformity is pursued, and seeks acceptance, by castigating and disorganizing its alternatives; individuality, autonomy, equality and fatalism.

A key insight into organisational approaches and the ethical tool kits that support them is that each requires the existence of one or more of the others, so that it has something to organize against.

This is evident as the ECB and Andy Flower’s painstakingly configured hierarchy endeavours to re-impose itself – The King is Dead, Long Live the King – by organizing against Kevin Pietersen. What else is a maverick than a non-conformist? How else does the dynasty reassert its legitimacy when its continuance is called into question, if not by identifying the foe without?

The dynamics of cricket pose problems for all five cultural approaches. A good cricket team requires the qualities provided by people whose talents are best developed in different cultural environments. Different players respond well to different types and combinations of cultures.

So, not only is there an ‘I’ in team (where the individualists are free to express themselves) but there is an ‘i’ where the loner feels validated, a ‘who gives a damn’ where the fatalist sits and a ‘we’ were the egalitarians feel ‘togetherness’.

Here are five crude sketches: Boycott is a loner. Gooch a hierarchist, Gower a fatalist, Botham an individualist, Willis an egalitarian.  This is why the Squire and Third Man have always advocated a clumsy solution in which there is something for the hierarchists, the individualists, the egalitarians, the loners and the fatalists.

What went wrong for Flower over the last 18 months is that fewer and fewer team members were willing to accept the hierarchical culture. Irrepressible individualists threw off the yoke, one by one, the loners began to drift into their isolated corners of the dressing room, the egalitarians began to form an enclave. The regime lost control.

Why was the hierarchical option pursued?  Because sports psychology has built its edifice on business psychology, where for too long conformity and the ability to give and take well established instructions appeared to be successful.

A second irony for Flower, Downton and the ECB is that just as these hierarchical values were being thrown over by the forces unleashed in the new economy – English cricket was making them its own.

Many are talking and writing as if Flower has left the scene. But has he? He seems to have been given responsibility for developing leadership. This is no doubt something which he is obsessed with. And offers him the chance to both develop and introduce his ideas without the demands of touring and team management. But his influence on culture, on team ethics and philosophy will be if anything stronger. As the Jesuits were believed to have said, ““Give me a child until he is seven and I will give you the man”.

The ECB and Team England therefore have more to learn from Google, Facebook and Twitter than just better PR. But if the new director does not insist on Flower’s absolute departure, it will be clear that nothing has been learned.